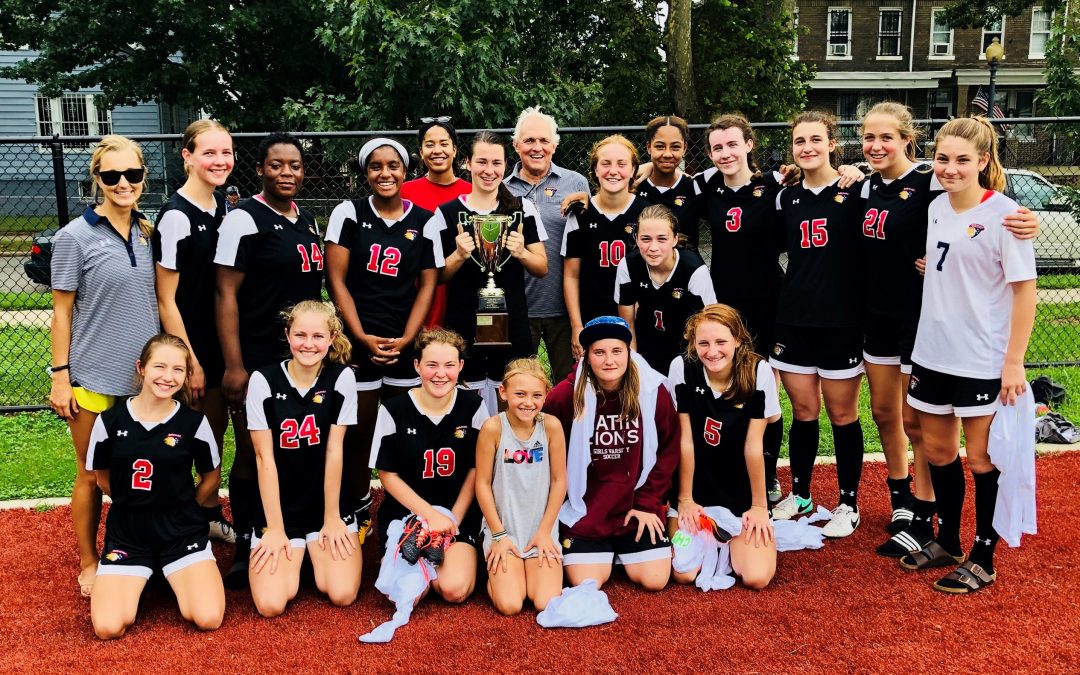 For the fifth year in a row, Latin finished on top in the Petworth Cup. After winning over Cardozo 5 – 0, they faced off against E.L. Haynes in the final. Haynes has a strong team; their players are fast and physical. The Latin girls dug in and went toe to toe, even though it was their third game in three days. Goals were scored by Audrey Ashdown, Sophia Savidas and Eva Antoine. The win was a team victory, with no single player winning the day for the team.  It was their superior ball-handling, passing and teamwork that brought the trophy to Latin for the fifth year in a row. Congratulations to the team!